Since 1996, Swanson Group Aviation has been providing safe, dependable vertical reference/external load helicopter services. We built our heavy lift platform around the K-1200 K-MAX because of its efficient and reliable heavy lift capabilities at high elevation with low rotor noise and low downwash. We are one of the industries most experienced owner/operators of that aircraft. We currently own and operate two K-MAX helicopters, based at our facility in Glendale, Oregon.

We staff our helicopter operations with pilots and mechanics working alternating two week on/two week off rotating schedules (12 days on 12 days off on fire contract). This allows us to offer our customers 7-days-a-week service while maintaining a safe and efficient work environment.

Our pilots and mechanics gain long line experience in industries such as logging, firefighting, power line construction and ski lift construction, to name a few. All aircraft are accompanied by a trained and dedicated mechanic, a service trailer with common spare parts and tools, and a fuel truck driver/helper. Our mechanics are trained to perform progressive maintenance so availability is not negatively affected.

All Swanson Pilots and Mechanics are USFS Fire Carded annually. Steve has a long and varied career in both aviation and management. His first assignment was as an H-53 pilot for the United States Air Force, serving in both the Combat Rescue and Special Operations communities. In 2007 he answered a job posting for civilian helicopter pilots in Afghanistan, beginning a seven year period working as an S-61 pilot, Mi-8 mission commander, S-61 Program Manager, and, finally, as the Theater Lead for the renowned Unmanned K-MAX cargo resupply system. After returning from Afghanistan, he worked as the Site Lead for Lockheed Martin’s Fury Group III UAV. In November of 2017 he assumed the duties of the Swanson Group Aviation General Manager. 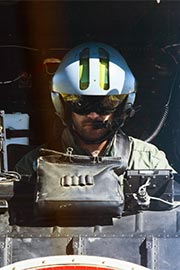 Nathan Husbyn has been flying commercial helicopters for 15 years. A pilot of the west, he has flown in some formidable high terrain environments as well as in Alaska (winter and summer). He is a veteran of aerial firefighting in addition to other missions, including construction and aerial seeding. He became Swanson Group's Chief Pilot in 2020 and makes his home in Montana. 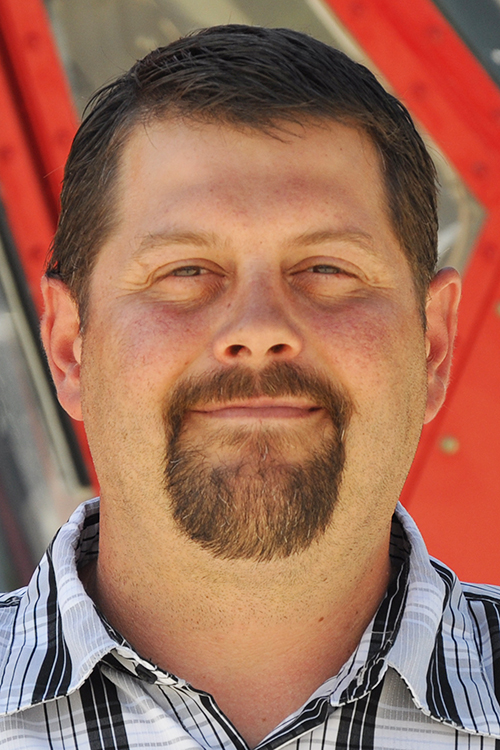 Nate started with Swanson Group Aviation in 1997 working with our ground crew as a chaser/hooker. Taking advantage of opportunities to work in the hanger, Nate became a full time Warehouseman and then in 2008 went to school to get his Airframe and Power Plant License. He worked as a field mechanic for 4 years after getting his A&P and when Swanson Group became involved in the Unmanned K-Max program in Afghanistan, Nate deployed and became D.O.M. for the Afghanistan operations. Nate took on the role of Director of Maintenance for our CONUS operations in October 2014.